Days more famous than you knew

The Gregorian calendar (introduced by Pope Gregory XIII, 1582), placed the month of December last (12th) on the calendar. It was adjusted to the solar year. Before that, December held 10th place. This was a Roman military decision. Soldiers found themselves slow, battle-wise, as winter set in, so they kind of stopped time at the 10th month. This made sense to them since everything went dormant in the cold season. Turns out,  December boasts a lot of holidays:

December 6– St. Nicholas Day, forerunner of Santa, inspires traditions around the world from hunts for presents to stockings or shoes filled with candies.

December 15– Bill of Rights Day the first 10 amendments to the Constitution, which spell out our rights as Americans. It guarantees civil rights and liberties such as freedom of speech, press, and religion. It sets rules for due process of law and reserves all powers not delegated to the federal government to the people or the states. The original joint resolution proposing the Bill of Rights is on permanent display at the National Archives in Washington, DC. 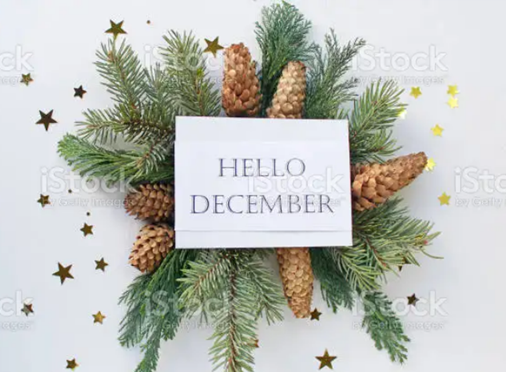 December 19-26- Hanukkah the Festival of Lights, is a Jewish festival commemorating the recovery of Jerusalem and subsequent rededication of the Second Temple.

December 21– Winter Solstice, the astronomical first day of winter in the Northern Hemisphere and first day of summer in the Southern.

December 26- Boxing Day takes place in the UK and the first day of Kwanza. A day when servants, tradesmen, and the less fortunate were presented with gifts. By the 21st century it became a day associated with shopping and sporting events.

Once we have a visitor here, the response is overwhelming. They find value and aesthetics and opportunities. Of course, famous is a “relative word.” Just like December, there is much here you didn’t know. Why not join us and make up your own mind.

We wish you the very best that the holiday season has to offer!