Falling in love with an idea

Many years ago, I had a client that managed large trade shows. The director I worked with was incredibly good at her job. I wrote all the promotional materials. One day she told me she loved writing. She went on to say that writing was such a love of her life. This stunned me as I had no idea of her affinity for writing. 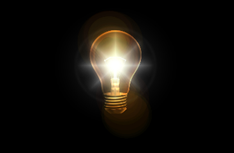 She expressed how writing is poetic and can change minds. she wondered if she could do some writing for the ad agency I worked for. I explained she would have to show writing samples to even be considered. I asked what she wrote recently. She said she had been too busy to write lately. “What have you written before things became too busy?” I asked. Again, she mentioned how busy she was. Finally, I asked, “Have you ever really written anything? “All I know is that I love writing and then changed the subject.

The point: She fell in love with the idea of something, rather than the something itself. This is common. People become enamored with movies and they want to go out and make movies. They see how computer repair is so technical and that turns them on, so they decide to take courses they don’t complete. You likely know someone like that or you yourself may have fallen into the spell. Books have come out like: “How to Make Money in Real Estate with No Money Down.” They rush out and buy the books and the courses because they fell in love with the idea: Make money, no money down. But they overlooked the something, that requires tremendous hard work and time involved to make the money. The author of course did handsomely. But, to undertake such action requires belief in the something!

The idea and the something at Delta Hawaii 55+

The idea for Delta Hawaii 55+ is a reality of beauty and practicality and opportunity. Life at Delta Hawaii community is the harmony of convenience, and comfort.

An idea that has become a reality for so many 55 plus lifestyles. Learn more today. 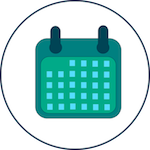